SCUOLA GRANDE DI SAN ROCCO (1517-1560)
The school is located in the San Polo district, in Campo San Rocco, near the Church of San Rocco, the saint to whom the city of Venice voted itself to seek pardon during the first of the two major plague epidemics, the fifteenth century’s one. The project was entrusted on January 11, 1517 to Peter Bon,  which has been suddenly took over by the brothers Giulio and Sante Lombardo. The building was completed by Antonio Abbondi said Scarpagnino. The finishes were completed by Giangiacomo de ‘Grigis in 1560. In the School you can find 50 works by Tintoretto and paintings by Francesco Palma il Giovane and Tiziano. On the walls of the Upper Room the dossals carved in wood by Giovanni Marchiori tell 24 stories about San Rocco.
CHURCH OF FRARI (1250-1338)
It stands on the Campo dei Frari, in the San Polo district, and is dedicated to the Assumption of Mary. It is in Venetian Gothic style, made with bricks and Istrian stone. Today it has 17 monumental altars  and inside are kept many works of art, including two works by Tiziano. Also it houses the tombs of numerous personalities linked to Venice as Canova, Monteverdi and Tiziano. The church houses the last surviving example in Venice, and one of the very few in Italy, of two choirs with historic organs functioning.
CHURCH OF SAN GIACOMO DA L’ORIO
Founded in the ninth century, it is one of the oldest churches in Venice. It was rebuilt in 1225 by the noble families Badoer and Da Mula and remodeled in the Gothic period, between the fifteenth and sixteenth centuries. The church contains paintings by important masters such as Lorenzo Lotto (Pala di Campo San Giacomo), Paolo Veronese, Jacopo Palma the Younger and others.
CHURCH OF SAN STAE
Baroque façade, possibly built by Obelario, first bishop of Olivolo, towards the end of the eighth century. Inside are kept some works of the most celebrated artists of the Venetian baroque early eighteenth century as Sebastiano Ricci, Giambattista Tiepolo, Giovanni Battista Pittoni and Giovanni Battista Piazzetta. The church was designed by Domenico Rossi. Typically Baroque is the wimperg on the entrance door. Two Doges were buried here: Alvise II Mocenigo in 1709, under the great stone at the center of the church; and Marco Foscarini in 1763, in the family chapel. 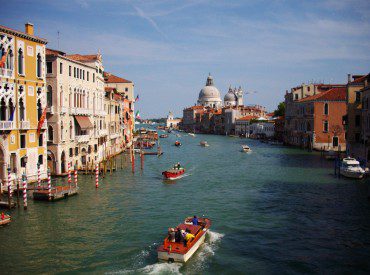 4 ways to discover Venice!
We use cookies to ensure that we give you the best experience on our website. If you continue to use this site we will assume that you are happy with it.Ok